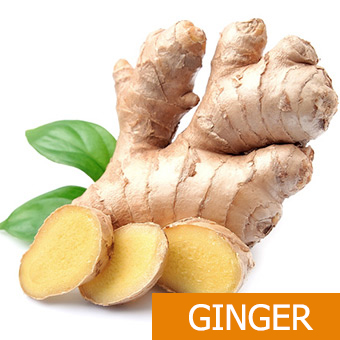 The origin of this ginger ensures a product from a traditional agriculture, without pesticides.

Weight / Quantity : from 5kg to the container

The virtues of ginger

This tuber has several benefits. It does not only accommodate your good meals or desserts, but it is very useful for your health and well being. As a result, you will need to know a little more about ginger

He takes care of your brain

A study by Sri Venkateswara University in India shows that ginger stimulates antioxidant production in the brain. So, it guarantees neuroprotective effects. A good consumption of grape juice can contribute to the improvement of the memory and a good preventive against the neuronal death.

It has been noted that consumption of ginger is associated with inhibition of the enzyme cyclooxygenase. So, it is a good natural remedy against inflammation that can cause discomfort or pain such as sinusitis, menstrual pain, stomach upset, diarrhea, nausea.

This root diminishes some effects of glycation of the eyes. It is a stage in the formation of cataracts. People are more exposed when they are diabetic. The consumption of ginger delays the appearance of this embarrassment.
Ginger regulates the glucose level
Ginger is rich in phenols that are known as gingerols. Gingerols make insulin sensitivity more effective. It ensures a significant decrease in insulin resistance. But also, it promotes the use of glucose by the muscle cells so as to regulate the level of sugar in the blood.

This root contains alpha-linolenic acid, an Omega 3 fatty acid. So, it provides for the health and proper functioning of the blood vessels. Then, it dramatically lowers cholesterol levels in the blood and produces energy. It is also an excellent preventative against vascular accidents.

How to take ginger to benefit from its virtues
In tea or infusion, putting a root or spoonful of grated fresh ginger in boiling water is very convenient for slimming or reducing stomach pains. You can also take it in capsule form. For fans of natural skincare and aromatherapy, the use of ginger essential oil is recommended.

Ginger is a root, more precisely a kind of tuber from Southeast Asia (from China and part of India). It can be planted in any area where the tropical climate reigns as grand master. Ginger has not been exclusive for Asia. It was brought to Europe, then used by the Greeks and Romans. At the fall of the Empire, it was the Arabs who took care of its marketing.

Having many virtues, its plantation, processing and marketing still go through time.

The ginger of millennial history

Emperor Shennong, known as Emperor Yang, is a great figure in Chinese mythology. He is believed to have lived about 5000 years. He was one of the first pioneers to convey the practice of agriculture, the use of thousands of medicinal and poisonous plants. It was said that he used to cultivate and then try these plants. He had been one of the people to spread some of the tea culture. He wrote the first compilation "Classic of the Roots and Herbs of the Divine Farmer", in which he classified the herbs and roots according to their type and rarity. This collection is one of the first to have highlighted the virtues of ginger.

Origin and description of this tuber

Ginger or Kion (Zingiber officinale) is a plant that belongs to the Zingiberáceas family. The original name "Sringavera" is a Sanskrit term meaning "horn-shaped". In Persian, it is "Dzungebir", in Greek it is "Dziggibris", in Latin it became "Zingiber", then in French "Ginger".

This perennial tuberous root is grown every year. It is round in shape, about 60-85 cm long, and has large lanceolate leaves. Its flower is similar to a butterfly. And the most used part remains "its roots or tubers". Gingerol content, a substance derived from capsaicin and piperine. It is the gingerol that gives the strong aroma of ginger.

Ginger is spicy like garlic, but this flavor does not stay long in the mouth. Old dry roots have a stronger flavor. Generally, in the West only fresh young roots are sold, whereas in China, old dry roots are more easily found.