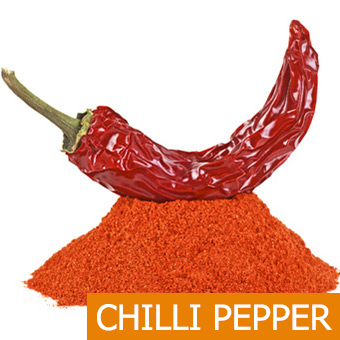 Fresh or dry, the bird pepper or pili pili or cayenne pepper is a very hot pepper and quite fragrant. The riper it is, the more it turns red. It is very popular for some dishes (rougail, beef tongue Creole, chili con carne). Red, pili pili contains more capsaicin. It helps burn fat and improve blood circulation.

The origin of our red bird pepper ensures a product from agriculture without chemicals.

Poids /Quantité : from 5kg to a container

Around the red bird chilli

The red bird chilli is a very pungent spice. It is at degree 8 on the scale of Scoville. An index of 1 to 10 that measures the strength of the peppers. Compared to Cayenne pepper, it is more powerful. Used to enhance sauces, grills and soups, it is eaten in moderation. Notice to the fragile palace! This spice marries all the cuisines of the world.

The red bird chilli is one of the condiments exported by the Big Island. The biggest consumer of this spice is South America. Pili-pili pepper can be grown on any type of soil. On the other hand, it prefers heat and requires a temperature between 25 ° C and 30 ° C. In Madagascar, four regions produce Pili-Pili. Located in the east coast of the island, it is Anjozorobe, Itasy, Lake Alaotra, Vakinakaratra and East Fénerive. On the practical side, the sowing and transplanting by cuttings of these peppers spread from June to September. Its plantation offers the advantage of harvesting bright red fruits all year long. The only downside? The drying is done in a traditional way, that is to say under the sun. This does not allow the country to guarantee large-scale production.

Description of the chili pepper

The red bird chilli, also called Martin's chilli, is the fruit of a sub-shrub named Capsicumfrutescens. Small, this plant is only 50 cm to 1.5 m high. She is part of the Solanaceae family. Martin's pepper takes its name from the Martin's birds who loved these peppers when chemical fertilizers have not been used yet. From their droppings then come out seeds that bloom in their turn. Side form, the red bird chili is fine with a pointed tip. Reserved for thrill-seekers, this pepper is characterized by its pronounced spiciness. Indeed, it is very concentrated in capsaicin, the substance responsible for the burning sensation in the mouth. Pili-Pili pepper is eaten fresh or dried.

History of the bird chili

The zozio pepper or red bird chili comes from Bolivia. 7,000 years ago, as an infusion, it was used to enhance certain Aztec drinks made from cocoa and vanilla. Pretty with its brilliant red color, the pili-pili chili was also used by the Incas as an offering. This pepper originating from South America became naturalized in several countries from the 15th century thanks to the trips of Christopher Columbus and Magellan. At that time, he was nicknamed "the spice of the poor". Cheap, it replaced with pepper. Nowadays, zozio pepper is prized for its aroma that gives appetite. It is also endowed with medicinal virtues. It is rich in vitamins A and C. The presence of capsaicin makes it an anti-cancer and slimming spice.