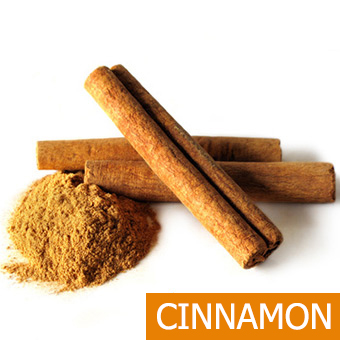 With a woody aroma, a slightly sweet and fresh taste, the cinnamon of Madagascar is distinguished from the others by its texture consisting of layers of bark that are clearly concentric and not spongy. Sweet and sweet, cinnamon is widely used in dishes and desserts. It is also known as an excellent antiseptic, but also a good stimulant for the immunological system.

The origin of our cinnamon ensures you a product from a traditional know-how and cultivated without chemicals.

Cinnamon is one of the oldest and best known spices. However, it comes in two varieties. Cinnamon Ceylon, the real, then the breakage (false cinnamon). Rare and endowed with exceptional medicinal virtues, cinnamon of Ceylon is the most sought after. Native of Sri Lanka, it is also found in other countries. Mass production and quality is provided by Sri Lanka, the Seychelles Islands and Madagascar. The case, meanwhile, comes from China or Indonesia.

The cultivation of cinnamon in Madagascar

The CinnamomumZeylanicum cinnamon is grown in a tropical and humid climate. In Madagascar, it grows mainly on the east coast (Tamatave region). The heat and frequent rains of this province are favorable to its culture. In order to ensure large-scale production, planters organize themselves by doing chain work. Its cultivation and harvest are carried out on family farms. Men choose mature trees that are thick enough to bark. They are also responsible for cutting the trunks, stripping them and taking them to the workshops. Afterwards, the women break the branches into sticks of about 5 centimeters to make it practical. Then they remove the bark, dry it and send it to the distillery.

Description of this spice from Cinnamomumverum

Cinnamon is a spice from the bark of cinnamon Cinnamomumverum. A small evergreen tree of the Lauraceae family. The Ceylon cinnamon can reach 15 m in height in the wild. In cultivation, it is possible to identify cinnamon trunks between 2.5 and 10 m in height. Its outer bark is gray in color. The sapwood or inner bark is yellow-orange. This is the part used to extract the essential oil. It is very thin, about 1 mm thick. It also has bright green leaves with very pronounced veins. The young shoots are reddish. Without transformation, cinnamon comes in the form of fine tubes. But it can be ground to powder. Its flavor is fragrant and pleasant on the palate. It goes well with both sweet and savory dishes.

A spice already used since antiquity, cinnamon appears in very ancient writings (Chinese, Egyptian and Sanskrit). Indeed, it stands out for its exceptional medicinal virtues. In Egypt, it was used for the embalming of bodies. In the middle ages, it is one of the most used condiments to decorate creams, stews and broths. This spice could join Greece, Portugal, Holland, France and England after hard conflicts. At that time, although it is very expensive, it was prized because of its medicinal properties and powerful aromas. It is antiseptic, anthelmintic and antispasmodic. Its perfume is ideal to raise the unpleasant taste of spoiled meats. Nowadays, it is also used to flavor desserts.

The virtues or the benefits of cinnamon