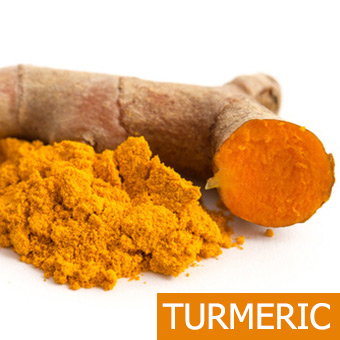 Turmeric, known as Indian saffron is a perennial rhizomatous herbaceous plant. This plant is used in cooking (tajine, chicken curry), traditional medicine (natural anti-inflammatory, relief of difficult digestions), as a cosmetic product and textile dye.
The origin of our turmeric ensures you a product from agriculture without chemicals. On the east coast of the Big Island you can even find turmeric in the wild.

Origin : East coast of Madagascar (Mainly in the commune of Anivorano, district of Brickaville)

Weight / Quantity :from 5kg to the container

Turmeric is a perennial plant of the family Zingiberaceae. Of the same species as ginger, it is cultivated for its rhizomes. The latter, ground, allow to obtain the famous spice of the same name. Still called Saffron of India or Souchet of the Indies, turmeric is used as well to decorate your dishes as to calm your small evils. A problem of indigestion or heartburn? It presents itself as an effective remedy to alleviate your pain.
Although originally from India, this multipurpose spice has become naturalized in several countries.

Madagascar is one of the turmeric exporting countries. Can not compete with India for its large amount of production, the red island opts instead for better quality. Saffron is planted on the east and east coasts of the Big Island. More specifically, in the municipalities of Moramanga and Anivorano. These places have a humid climate conducive to its culture. On the practical side, the roots of turmeric multiply by cuttings. After the harvests, the rhizomes are washed, dried and cut into small pieces. Before being used, they are ground into powder. To promote the planting of turmeric, the Local Development Fund or FDL has forged a close collaboration with producers. This public establishment now finances this promising sector.

Description of the Indian stinkweed

Turmeric is a herbaceous plant with a short stem 90 cm to 1 meter in height. Its green leaves are broad and adopt an elliptical shape. As for its flowers, they are yellow and are located near the ground. These are grouped into ears that can measure up to twenty centimeters. The Japanese nutmeg is characterized by its many consumable rhizomes. These constitute the underground part of the plant. They are cylindrical or ellipsoid. Peeled, their color turns from yellow to bright orange. Side flavor, it offers a peppery taste. It is among the ingredients of curry.

During the feudal period, turmeric was not yet very popular, especially in the western world. Only the peoples of the East used to enhance their dishes. It had also been used as a textile dyeing product. With medicinal properties, saffron of India was used to treat digestive problems, urinary, dermatological and colds. Indeed, curcumin gives it a very powerful antioxidant property. Nowadays, this spice interests all countries around the world, thanks to its multiple benefits.

The benefits and virtues of turmeric

The consumption or use of turmeric in all its forms has many health benefits.

However, do not overdo it. This can prevent ovulation or endanger the baby's health (during the pregnancy period).