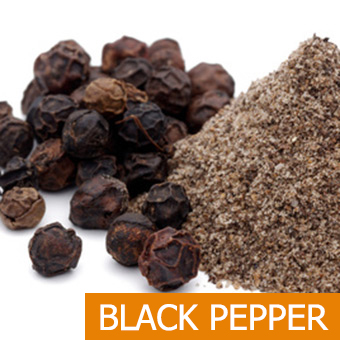 Obtained from berries not yet ripe and dried, black peppers are used in cooking (sauces, steak, etc.) and for its benefits (antiseptic, expectorant, anti-inflammatory, heals vitiligo, etc.). Blacks are stronger in aroma and more pungent.

The origin of our black pepper ensures a product from agriculture without chemicals.

Weight / Quantity: from 5kg to one container

What you need to know about black pepper

Black pepper is the fruit of the climbing plant piper nigrum. It is known for its powerful flavors ideal for seasonings. This pepper would be one of the most used spices in the world. In Western countries, it is even called cooking pepper. Black pepper has the advantage of being married with all kinds of spices.

Madagascar has a humid tropical climate conducive to the cultivation of black pepper. On the island, this spice grows mainly on the east coast, the most watered region. From Nosy Varika to Farafangana, there are large fields of piper nigrum culture. The pepper plantation is usually done before the rainy season from November to April. The cultivated plants have a lifespan ranging from 10 to 25 years depending on the interviews. This lianascent plant is fructifie after 3 years of growth. It reaches full production at 5 years. To satisfy the spice market, the Big Island ensures an annual yield of 350 kg to 750 kg per hectare.

Description of the piper nigrum

The piper nigrum is a pepper native to India. It belongs to the family of piperaceae. Climbing on stakes, the pepper can reach up to 10 m high. This plant has persistent foliage. Its fruits, peppers, are mainly used to raise the flavor of dishes. They are also eaten for its health benefits. Black pepper is antioxidant and contains piperine which promotes digestion. He also has a slimming virtue. Its black color testifies to its harvest before ripening and drying under the sun. Indeed, at the time of picking, its bark is still green but darkens under the effect of heat. It is this envelope that gives it its relatively spicy taste. It stands out for its fresh fruit notes.

His name comes from the Latin piper. It is said to have appeared naturally on the Indian west coast 4,000 years ago. A millennium later, we began to cultivate it. He had always been prized for different uses. From one era to another, it was used to flavor dishes, as currency or to pay taxes. It was introduced in Greece by Alexander the Great in the 4th century BC. JC. From there, the taste of this queen of spices had stoked the taste buds of the rest of the world. Today, it is the third most consumed food with an annual world production of 350,000 tons.

The benefits or the virtues of black pepper